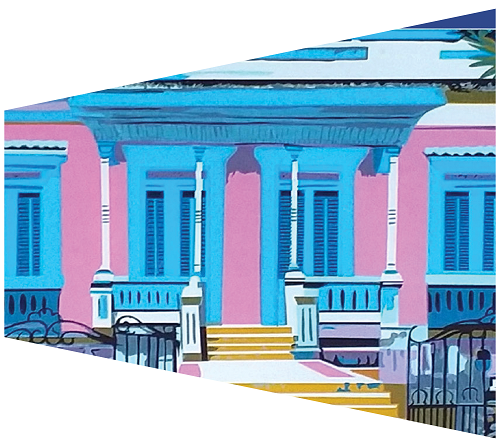 Join us on Saturday, April 9th, 2022 at 4:30 PM EST for a Cafecito Con… Casa Pueblo: Puerto Rican Model of Self-Reliance. We’ll be joined by Casa Pueblo founder, Alexis Massol, Centro Research Director, Jennifer Hinojosa, and Malín Falú as moderator in discussing community self management and the importance of protecting natural and cultural resources. This conversation will be preceded by a poetry reading by nuyorican poet Mariposa. This event will be at Teatro LATEA @ The Clemente, 107 Suffolk Street and will be streamed on The Clemente’s Facebook as well as Centro's Facebook. https://www.facebook.com/centropr/

To RSVP, please fill out the form below! 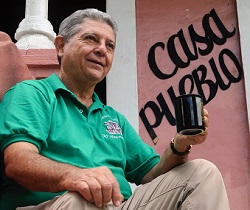 Alexis Massol, born and raised in Adjuntas, he is the founder of Casa Pueblo, an environmental community-based organization.

Alexis Massol González led the efforts to create the Adjuntas Art and Culture Workshop, known throughout Puerto Rico as Casa Pueblo. Casa Pueblo was initially founded to oppose an open pit mine that was planned for Adjuntas, a municipality in the mountainous interior of the island of Puerto Rico, but it became an important grassroots organization and a leader on issues related to conservation and the environment in Puerto Rico.

As Executive Director of Casa Pueblo, Massol emerged from this struggle as a prominent figure. Casa Pueblo developed an initiative called the “People’s Forest.” It was the first co-management initiative for a forest resource between the government and a community group in the history of the island. Casa Pueblo, under Massol’s leadership, also led a grassroots community effort to promote sustainable development, fulfilling its goal of turning “protest into proposals” and promoting community empowerment. In recognition and reaffirmation of his leadership and the work of Casa Pueblo, both Massol González and Casa Pueblo were awarded the Goldman Environmental Prize in 2002 in the Islands and Island Nations category. The following year, he was awarded an honorary doctorate in civil engineering by the Academic Senate at the University of Puerto Rico in Mayagüez. Massol had graduated from the same university in 1965 when it was called the School of Agricultural and Mechanical Arts. 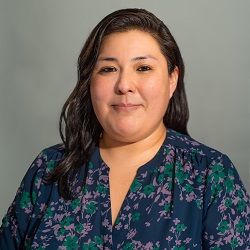 Jennifer Hinojosa is a Research Director at the Center for Puerto Rican Studies at CUNY Hunter College. She holds a Master’s of Science in Geographical Sciences from University of Maryland, College Park and MA in Geography from SUNY Binghamton University. Her role as the data center coordinator is to manage projects related to Puerto Ricans in Puerto Rico and the U.S. mainland and to integrate GIS capabilities at the Center for Puerto Rican Studies (CENTRO). As a geographer by training, Ms. Hinojosa’s role in the GIS platform is to integrate Puerto Rico’s social, demographic, and economic data with GIS mapping capabilities to address current and future challenges related to post-Hurricane Maria. She interned at the Brookings Institution’s Metropolitan Policy Program in Washington D.C. Her research interests include GIS, socioeconomic disparities, migration, and demography. 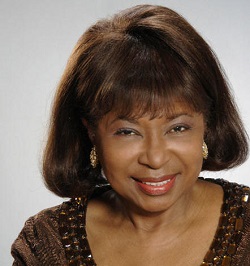 At UPR, she obtained a Sociology B.A. At Birkbeck College in London, she studied acting (1973); completed an Allen and Singer School Broadcasting certificate (Trenton, New Jersey, 1977); and earned a Media Studies M.A. at the New School for Social Research (New York City, 1983).

El Nuevo Dia selected her as “Woman of the Year” (1973), the Puerto Rico National Day Parade Committee bestowed “Madrina” (1982), and she won fifteen ACE Awards between 1981 and 1997. Kean University conferred an honorary doctorate on her in 2004. A breast cancer survivor (1999) and an outspoken critic of media gender and racial biases, Falú briefly married Afro-Puerto Rican NYU professor Carlos de Jesus in 1975. Since January 2019, Manhattan Neighborhood Network has televised her Palique con Malín Falú. 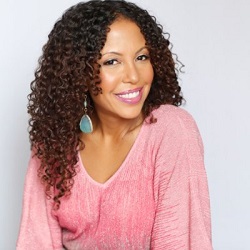 Mariposa’s poetry has been published in numerous anthologies including African American Poetry: 250 Years of Struggle and Song, a Library of America Anthology, The Norton Anthology of Latino Literature, The Afro [email protected] Reader: History & Culture in the United States, Manteca: Anthology of [email protected] Poets and Bumrush the Page: A Def Poetry Jam. Mariposa’s poetry has been featured on HBO Latino in the critically acclaimed series Habla Ya! and Americanos: Latino Life if the U.S. Mariposa’s work is also featured in the documentary In Her Own Words: Nuyorican Poet and Activist, a film by Wilfried Raussert and Alina Muñoz Knudsen and Fragments of Belonging: El Alma Dividida de Puerto Rico, a film by Friederike Bischoff and Raphael Vazquez, both produced by Bielefeld University.

Mariposa merges art with community organizing to uplift youth & adults. Mariposa has served New York City as a teaching artist and has taught creative writing for numerous public schools and non-profit organizations including THE POINT CDC, The Caribbean Cultural Center, Poets & Writers, Poets House, The Bronx Council of the Arts, The Nuyorican Poets Café and Teachers and Writers Collaborative. She has also led poetry workshops at the Sankofa Sisterhood Writers Retreat for BIPOC women.

Mariposa is a CUNY faculty member and teaches at Herbert H. Lehman College in the Women and Gender Studies Program and the Africana Studies Department, as well as the Black Studies Program at The City College of New York. She served as cultural coordinator and chaperone for CUNY Service Corps Puerto Rico and worked with multiple cohorts of student volunteers to repair roofs after Hurricane Maria from 2018 to 2019.