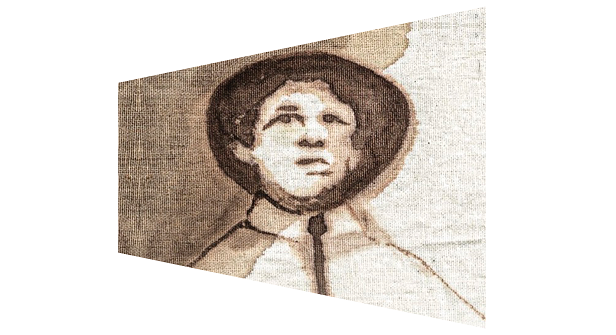 Join us for a Cafecito con Amor y Anarquía on Wednesday, April 27th, 2022 at 2 PM EST. We will be joined by Beatriz Llenín-Figueroa, Julio Ramos, Jorell Meléndez-Badillo, Luis Othoniel Rosa, Teresa Peña Jordán, and Raquel Salas Rivera in discussion of Luisa Capetillo’s book, Amor y Anarquía, a century after Capetillo’s death. This book includes a collection of Luisa’s best works, in which readers say Capetillo didn’t just write, they painted pictures of lived experiences and prejudice faced as a result of society in the 20th century. Be sure to tune in until the end for a Q&A with the speakers!. 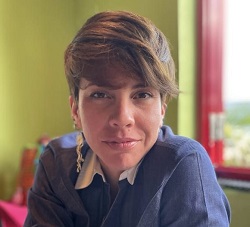 Beatriz Llenín Figueroa is a companion, comrade, friend, nerd, writer, scholar, editor, translator, and animal and live arts apprentice. Having completed a PhD from the Program in Literature at Duke University, she worked as an adjunct professor at the University of Puerto Rico in Río Piedras and Mayagüez for almost a decade. Presently, she is an “independent” writer and scholar who stands for Puerto Rican and Caribbean emancipations. Her creative, intellectual, and political lives revolve around the relations between Puerto Rican and Caribbean archipelagos; islands, seas, and coasts; experimental and street theater and performance; and multiple, embodied forms of sovereignty. Some of her creative writing was published in the collection Puerto Islas: crónicas, crisis, amor (EEE, 2018), while her most recent book is the study Affect, Archive, Archipelago: Puerto Rico’s Sovereign Caribbean Lives (Rowman & Littlefield, 2022). She works as associate editor for the small, independent Puerto Rican press, Editora Educación Emergente, and as freelance editor and translator. 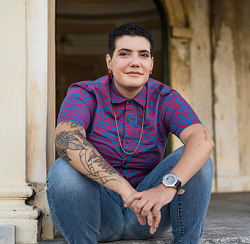 Raquel Salas Rivera (Mayagüez, 1985) is a Puerto Rican poet, translator, and editor. His honors include being named Poet Laureate of Philadelphia, the New Voices Award, the Lambda Literary Award, the inaugural Ambroggio Prize, the Laureate Fellowship, and a NEA Fellowship to translate the poetry of his grandfather, Sotero Rivera Avilés. He is the author of six full-length poetry books, which have been longlisted and shortlisted for the National Book Award, the Pen America Open Book Award, and the CLMP Firecracker Award. His sixth book, antes que isla es volcán/before island is volcano (Beacon Press, 2022), is an imaginative leap into Puerto Rico’s decolonial future. In 2022, he will participate in no existe mundo poshuracán: Puerto Rican Art in the Wake of Hurricane Maria at the Whitney Museum of American Art, the first scholarly exhibition focused on Puerto Rican art to be organized by a large U.S. museum in nearly half a century, whose title borrows a verse his fourth poetry book while they sleep (under the bed is another country) (Birds, LLC, 2019). He holds a Ph.D. in Comparative Literature and Literary Theory from the University of Pennsylvania and teaches at the University of Puerto Rico. With a three-year grant from the Mellon Foundation, he serves as investigator and head of the translation team for El proyecto de la literatura puertorriqueña/ The Puerto Rican Literature Project (PRLP), a free, bilingual, user-friendly and open access digital portal that anyone can use to learn about and teach Puerto Rican poetry. 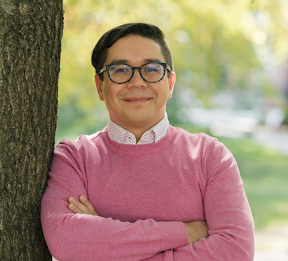 Jorell Meléndez-Badillo is an Assistant Professor of History at Dartmouth College. His work focuses on the global circulation of radical ideas from the perspective of working-class intellectual communities in Puerto Rico, the Caribbean, and Latin America. His most recent publications include The Lettered Barriada: Workers, Archival Power, and the Politics of Knowledge in Puerto Rico (Duke UP) and Páginas libres: Breve antología del pensamiento anarquista puertorriqueño, 1900-1919 (Editora Educación Emergente). He is currently working in a book titled Puerto Rico: A National History, under contract with Princeton University Press. 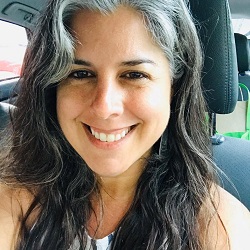 Teresa Peña Jordán earned her PhD in Hispanic Languages and Literatures from the University of Pittsburgh, and an MA Certificate in Women, Gender and Sexuality Studies.  Since 2006 she has worked, successively, as an instructor in the Humanities, Spanish, and Comparative Literature Departments at the University of Puerto Rico, Río Piedras. She is currently the Director of the Women and Gender Studies Program, School of General Studies, which offers a 15-credit minor to undergraduate students. Her academic interests are interdisciplinary. Among her most recent courses are Gender and Ecology: Feminist theories, activisms, and queer spaces; Literature for historic research: Luisa Capetillo's Library; and Gender Debates: Towards a trans, decolonial and ecological feminism.  She recently published the article "Intersectionality and gender perspective in education" in la Revista Virtual: Género y Equidad, and her essay "Transforming the gaze: moving beyond boundaries with poetry, testimony, and dance" will soon be published in the book Habitar lo imposible: Danza y experimentaciónn en Puerto Rico", edited by Susan Homar and NIbia Pastrana, by Editorial Beta-Local. 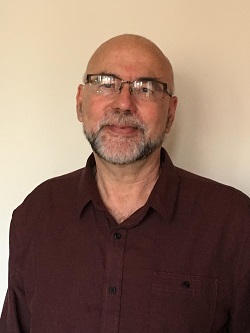