Join us on Friday, March 25th at 4 PM EST for an Afternoon Tertulia: Reggaetón, Race, and Cultural Politics. Let’s explore Puerto Rican contributions to reggaetón, a musical genre that has reached worldwide attention and transformed the music scene and popular culture for the past few decades. Using an intersectional approach to class, race, gender, and diasporic experiences, our group of panelists will guide us through the history of this Caribbean diaspora rooted revolution. Our panelist will be Julio Pabón (producer of the podcast, LOUD), Katelina "La Gata" Eccleston (reggaeton historian and producer of the podcast LOUD) and Omar Acosta (producer of Stretch And Bobbito: Radio That Changed Lives). The event will be moderated by Dr. Petra Rivera Rideau, author of Remixing Reggaeton: The Cultural Politics of Race in Puerto Rico. 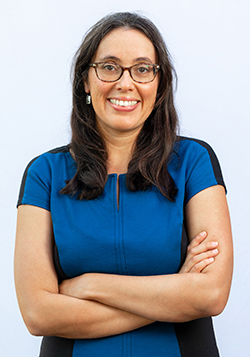 Petra Rivera-Rideau is Associate Professor of American Studies at Wellesley College. She is the author of Remixing Reggaeton: The Cultural Politics of Race in Puerto Rico (Duke, 2015) and co-editor of [email protected] in Movement: Critical Approaches to Blackness and Transnationalism in the Americas. Petra has published articles in journals such as Latino Studies, Identities, and Journal of Popular Music Studies. Her article “If I Were You: Tego Calderon’s Diasporic Interventions” published in Small Axe in 2018 won the inaugural Blanca Sivlestrini Prize for Best Article in Puerto Rican Studies from the Latin American Studies Association. Petra frequently appears in popular media such as NPR, Al Jazeera +, and The Atlantic, among others, and she has written for The Washington Post and PBS’s American Experience. 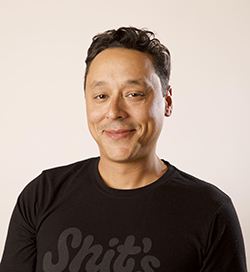 Julio supervises creative at Spotify Studios, overseeing all original video, podcast and audio exclusive offerings for the world’s number one audio streaming platform. Julio created and executive produced the critically acclaimed podcast, “LOUD: The history of Reggaeton” and Julio and his team shaped the visual style and tone of ¡Viva Latino!, helping to make it the world’s third-largest playlist with over 11.3 million monthly followers. Previously, Julio produced the hip-hop docuseries The Rapture, and codirected Afflicted, a controversial medical series centered on undiagnosable diseases, for Netflix. In 2014, Julio joined VICE Media where he laid the groundwork to tell the first stories for the media outlet based out of Cuba, produced films with co-founders Suroosh Alvi and Shane Smith for VICE on HBO, and co-produced initials seasons of VICE Guide to Contraband, Weediquette and VICE World of Sports. Julio received a PGA award (Producers Guild of America) for best sports series for his episode titled, “Las Grandes Ligas”, for VICE World of Sports. Originally from the Bronx, NY, Julio now lives in Los Angeles with his wife and two children. 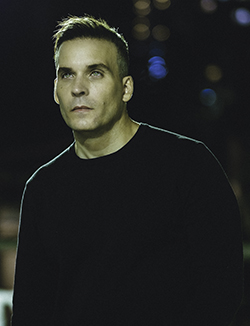 Omar Acosta was born in San Juan, Puerto Rico and is a native of New York City. This set the stage for his art, which included elements of graffiti and urban culture, to be showcased in numerous venues. In 1993, he moved to Puerto Rico to polish his Spanish and continue his study of fine art, photography and illustration at The Art League of Old San Juan. Growing weary of the quiet life of Puerto Rico, Omar was drawn back to New York where he spent his time designing record packaging for an eclectic mix of local DJ's and bands. In 2002, after having built a unique portfolio with clients such as MTV, Saatchi & Saatchi and numerous others, he enrolled at Parsons School of Design with a generous merit-based scholarship to continue pursuing his artistic studies. Upon completing his studies at Parsons, Omar was invited by MTV Latin America to become Art Director. Since then he has served as Creative Director for Yahoo! and Microsoft among others. 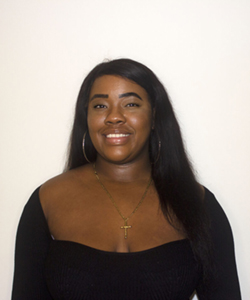 Reggaeton music is much more than a trend to me, it is my heritage.” At the tender age of 20 years old, Katelina found solace in music. As a young academic she would create Reggaeton Con La Gata, the first bilingual femme platform dedicated to bridging the gap between Academia and the public by telling the Intersectional history of reggaeton. Her platform would lead to her involvement in many high profiled and critically acclaimed projects including the first podcast on reggaeton history PERREO 101 by Reggaeton Con La Gata, Spotify Studios+Futuro Studios’ LOUD: The History of Reggaeton–hosted by Ivy Queen.

Katelina ‘Gata’ was born Kathleen Eccleston on April 6, 1994, in Ypsilanti Michigan and was raised in Boston, MA to Panamanian-Jamaican parents. Growing up in an academic driven family, Katelina had a knack for translating social themes into art. Reggaeton Con La Gata was launched when she was an undergraduate student at Marymount Manhattan College. Katelina went on to graduate from the Pratt Institute of Art and Design and Marymount Manhattan College. Her senior capstone, “Implicit Bias in the Latin Music Industry” was the catalyst that inspired her platform Reggaeton Con La Gata, her podcast Perreo 101, and her desire to bridge the gap between Academia and Entertainment. Her work sparked an invitation to Harvard University as a guest lecturer.

With more than 7 years of digital video, and audio podcast production experience, her work has been featured in Rollingstone, PAPER, Los Angeles Times, and Harper’s Bazaar just to name a few. And as a host Katelina has worked and partnered with the likes of Telemundo, Buzzfeed, Refinery 29 Somos, and many others. Her platform “Reggaeton con la Gata” has helped form opinions in publications such as LA Times, NY Times, Rollingstone, Latin Billboard, TIDAL, Nylon, Vibe, and a number of others as well as in lecture halls at Harvard University, McMaster University, University of Illinois–classrooms at The University of Wisconsin at the(separate) direction of Sarah Bruno and the esteemed ethnomusicologist Wayne Marshall. “I had a change of heart in regards to pursuing media representation as my primary goal for my career and I am currently pursuing music as Gata in conjunction to my multimedia projects.” Katelina is completing various Reggaeton multimedia projects, Latinx culture and comedy multimedia projects via En latinidad and will do so long term.